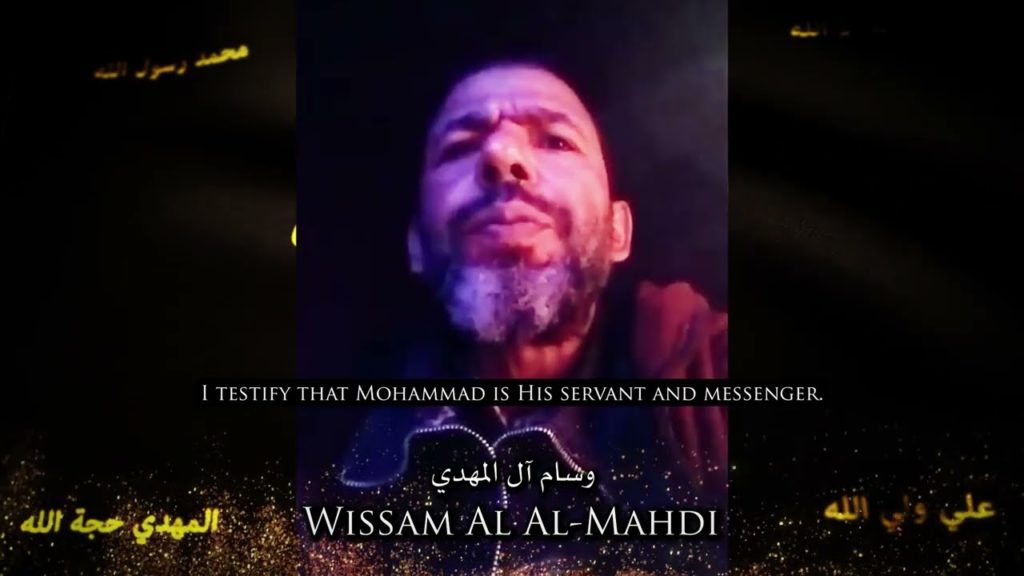 Wissam Al Al-Mahdi from Tunisia renews his pledge of allegiance to Imam Al-Mahdi Mohammed ibn Al-Hassan Al-Askari (pbuh) and to his son and vicegerent, the promised Yamani from the Family of Mohammed (pbut), Imam Ahmed Al-Hassan (pbuh), and to the second Mahdi Aba Al-Sadiq (pbuh), Joseph the truthful, the Door to the Imam and the Riser of the Family of Mohammed (pbut), and he testifies to their truthfulness.